Today we’d like to introduce you to Wendy Lazarus.

Thanks for sharing your story with us Wendy. So, let’s start at the beginning and we can move on from there.
When I started my life’s work, not a lot of people knew what a child advocate was and neither did I.  But, one summer in high school, I got a summer job trying to motivate local businesses to hire hard-to-employ youth. I began to see how much difference every one of us can make in ensuring each young person in our country has the opportunity to succeed, and how useful it was to have someone who could tell the story of these young people and help businesses see why it was so important to give them a chance.

For as long as I can remember, I have believed that basic fairness is a core value. For life to be fair to everyone, there’s no better place to start than to give every child the chance to succeed.

And, after that summer I knew that I wanted to devote my career to doing my part.

Since then, my life has been a pretty straight line. Though in college I hunkered down hard as a student, I tried out different ways to pursue my passion in hopes I’d learn more about where I fit best on the social change stage. I tutored middle school students in the Springfield, Massachusetts public school system. I facilitated teen discussion groups on sexuality at Planned Parenthood in San Francisco.

But maybe the most formative moment when my interests began to align was when a friend convinced me to go hear Marian Wright Edelman speak. At that time, Marian was a civil rights lawyer representing the interests of low-income parents in the then-brand-new Head Start program. Among many firsts, she was the first African-American woman admitted to the Mississippi State Bar.  Marian would go on to help organize the Poor People’s March on Washington in 1968 and later founded the Washington, DC-based Children’s Defense Fund in 1973.

Speaking before an audience of generally privileged young women in college, Marian spoke truths I had never heard anyone articulate so directly and passionately. She told stories of the moms she worked with in Mississippi who sacrificed everything to give their children a fair start in life, all the while using statistics to describe the horrible odds their children faced all because they were born poor. I had never heard anyone talk so fast. And I had never heard a person describe a career (early stage for her at this point) aimed at advocating for a fair start for kids.

Then, as I forged my career path, I discovered that advocacy for kids allowed me to tie together most everything I care about: working for a cause that matters to me, joining forces with other good people, seeing progress made, and continually learning new things.

Here’s what advocates for children do: They provide a voice for the largest group in our country who can’t represent themselves because they don’t vote or have high-priced lobbyists. Advocates for children can be either people like me whose full-time job is advocacy, or people who decide to get involved as a volunteer or in some other way. We work to make sure all children in the United States have the opportunity to thrive. This means kids get a healthy start in life, a strong education, and the supports to become fulfilled and productive adults.

I would later go on to work for Marian Edelman at the Children’s Defense Fund for ten years, first in the national office in Washington, DC, later in the state office in Columbus, Ohio.  Over a 40-year period, I’ve worked as an advocate for children—through nine U.S. Presidents and in six nonprofit organizations.

My focus has been on changing laws and public policies along with federal, state, and local spending so they promote the kind of fairness and opportunity that bypasses so many young people today. Examples include making sure every child has a regular doctor and can get health care when they need it and ensuring that high speed internet, computing devices, and the skills to use them are available in underserved communities. This advocacy work has been hard but tremendously satisfying. For example, I had the chance to help lead an effort to make sure that every child in California could get affordable health coverage, regardless of immigration status. It took 20 years, but this new policy is now helping California’s 9 million children get a healthy start in life and hopefully will point the way for other states and the nation to follow suit.

The most recent two advocacy initiatives I’ve been involved with are ones I started because there was a need not being met by existing organizations. The Children’s Partnership, http://www.childrenspartnership.org/ (now 25 years old), and Kids Impact Initiative, http://www.kidsimpact.org (brand new), are policy and advocacy initiatives working to raise kids’ needs higher on the public’s priority list and looking for new and forward-looking ways to ensue every child has the opportunity to succeed. I believe that the current polarized and hate-filled political climate makes advocacy for kids and families even more urgent now.

Has it been a smooth road?
It has been a smooth road in the sense that I wake up every morning excited about what I’m doing that day and the people I’ll do it with. But, like anything, amidst the rewards and satisfactions there definitely are challenges. One big challenge is to keep your energy and spirits high when there is backsliding in the hard-fought progress made. During the recession that started late in 2007, some of the gains we had made in children’s health and education slipped backwards as people lost their jobs and funds to support families’ needs and nonprofit advocacy shrank. And, today, the steady progress we’ve made in getting all children health coverage is being undercut by the Trump Administration’s efforts to derail the Affordable Care Act and the hostile environment immigrant families face. But during setbacks like these, I’ve been inspired by the resourcefulness advocates bring and the extra gear they kick into when it’s needed.

So let’s switch gears a bit and go into the Kids Impact Initiative story. Tell us more about the business.
While there are many effective child advocates, most have their hands full advancing agendas or preventing harm to programs that serve children, and they rarely have the bandwidth to tackle barriers that impact all of the work advocates are doing to improve children’s lives.

Kids Impact Initiative focuses on developing advocacy strategies that cut across issues and organizations. Drawing on examples from within and outside of the child advocacy field, we do research and strategy development in the following areas: exploring more effective ways to hold policymakers accountable for their decisions affecting children’s well-being; investigating and blogging about ways that advocacy for children might be strengthened, for example, by identifying how best to recruit and support the next wave of advocates for kids; and offering lessons about successful nonprofit leadership.

I am pleased that through Kids Impact Initiative I can bring my 40 years of experience as a child advocate to help make more people aware of how urgently today’s kids need advocates and to help guide a new generation toward this important and fulfilling career.

How do you personally define success?
I feel successful in my personal life if I can balance doing work that matters with time for family, friends, staying fit, and enjoying travel and other life adventures. Continually learning and having new experiences is also a priority. My twice-a-day meditation practice that I started back in 1972 has helped me tremendously as I strive to achieve this balance. In terms of our work at Kids Impact Initiative, we measure our success by how valuable leaders for children find the information and support we provide. Markers also include coming up with new and more effective ways to make children’s needs a priority and address them and by the new partners, advocates, and allies we help motivate to get involved for kids.

How do you think the industry will change over the next decade?
Today, child advocacy faces the most urgent and difficult challenges encountered in decades. On one track, leaders for kids are at the barricades fighting hard to preserve crucial elements in our social contract that serve and protect children and to continue to advance a positive agenda for them. On a related track, there is an urgent need to look beyond these immediate threats at underlying forces driving the public and private policy debates, as well as to understand next-generation activists and advocacy methods.

Not coincidentally, services and programs that benefit kids and families are losing ground, and all of us are paying the price of kids’ declining health and educational readiness. Take for instance that according to the Pentagon, more than 70 percent of all young adults in the U.S. would not qualify for military service today because they do not meet the minimum educational standards or health requirements to serve. The failures of our education system, the national obesity epidemic, drug use, and other factors have far-reaching consequences for our young people. And yet we have no widely used, comprehensive way to keep track of these effects in order to counter them.

Unless we wake up and take action, this troubling situation will get worse. Right now, we are on a track to reduce even further our investments in kids’ education, health, and well-being. From 2010 to 2016 the children’s share of the federal budget decreased from 10.7 to 9.8% and is projected to decline by nearly a quarter to 7.5% by 2027. (In 2016, the federal budget allocated to children $377 billion of the $3.9 trillion in federal outlays.)

Even more alarming, children’s programs are projected to get just one cent of every dollar of the projected increase in federal spending over the next decade. This disinvestment in kids will surely affect the next generation of soldiers, teachers, business leaders, health care and other workers, and voters that our nation depends upon. 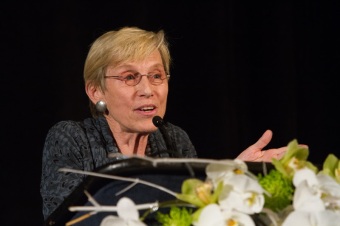 Using Child Impact Assessments in Your Community or State: A Starter Guide