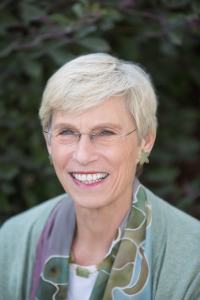 Wendy Lazarus is Co-Founder of Kids Impact Initiative, a nonprofit started in 2017 to improve the lives of the nation’s 74 million children. As a leading child advocate and strategist for more than forty years, she created Kids Impact to develop and promote next-generation strategies that support and strengthen the child advocacy field as a whole. Kids Impact analyzes advocacy trends and lessons across a broad range of issues, advancing new ways to support effective efforts already underway and strengthen accountability and advocacy for children.

In addition, Ms. Lazarus is a senior fellow at UCLA’s Center for Healthier Children, Families, and Communities, a board member of Leading for Kids and of Connected Nation, and a senior advisor to The Children’s Partnership. She is spearheading Kids Impact’s partnership with StriveTogether’s initiative, “Shifting Accountability and Resources to Center Youth.”

Prior to starting Kids Impact, Ms. Lazarus founded The Children’s Partnership in 1993 and served as Co-President until 2015, when she co-led a successful transition to new leadership. The Children’s Partnership is a national, nonprofit organization founded to advance the interests of America’s children and families—especially those at risk of being left behind. Ms. Lazarus now serves the organization as a senior advisor.

Ms. Lazarus previously served as founding Vice President of Policy for Children Now, a California-based child advocacy organization where she developed strategies now widely used by advocates across the country. She also served as the first Director of Health for the Children’s Defense Fund, where she led a major reform of Medicaid that benefited 13 million children.  In addition, Ms. Lazarus consulted on children’s issues for the Conrad Hilton and The Piton Foundations.

Throughout her career, Ms. Lazarus has pioneered a form of child advocacy that blends rigorous research and policy development with compelling narrative to advance policies and practices that support children’s well-being. Ms. Lazarus has repeatedly been at the forefront of child advocacy, identifying changes in society that will significantly impact children and developing policy agendas to serve their interest. For example, under her leadership at The Children’s Partnership, technology and digital opportunity have come to be seen as a major equity issue affecting children as well as a ladder of opportunity if appropriately addressed.

In the health arena, with Ms. Lazarus’s leadership, The Children’s Partnership spearheaded the creation and rollout of Express Lane Eligibility, a pioneering advance to use technology to expedite enrollment in public health insurance programs for hundreds of thousands of uninsured children that was later incorporated into the Affordable Care Act and other programs. Ms. Lazarus has also crafted forward-looking policies to deploy new technologies, such as telemedicine, to improve children’s health.

Her initiatives have been designed to increase accountability for children’s well-being as well as lead to policy reforms to address gaps uncovered. She developed the first California Report Card on how that state’s children were faring as well as a Digital Opportunity Measuring Stick to monitor progress on digital inclusion.

Ms. Lazarus has authored more than fifty reports and articles on a wide range of topics affecting children. She is frequently turned to as an expert and strategist by policymakers, advocates, grant-makers, and the media.

She has served as a board member or advisor to a number of national, state, and community-based organizations and is currently a Director of Leading for Kids and of Connected Nation as well as serves an advisor to Funding the Next Generation. She also developed and taught a graduate-level course in child advocacy at UCLA and has mentored many young advocates.

Ms. Lazarus graduated from Yale University in its first class of women and received her master of science in public health degree from the University of North Carolina. She lives in California with her husband and has two adult children and two grandchildren.

Using Child Impact Assessments in Your Community or State: A Starter Guide