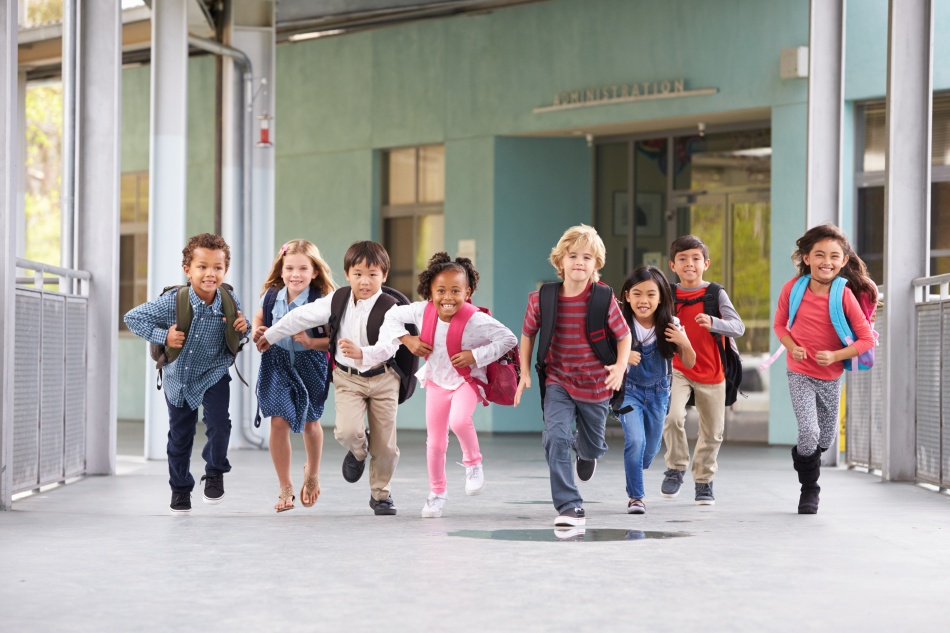 It helps children and it helps candidates.

As the country’s attention gets whiplashed by the headlines of the day, America’s children have ended up on the frontlines of rapidly growing national challenges — like the opioid crisis, the epidemic of school shootings, immigration battles, and many others — where effective solutions are stalled.

The fact is, our young people pay the the highest price for our government’s inaction.

The good news is there is a growing contingent of Americans who want to know what candidates for public office will do for kids and are rewarding candidates who make children and families a priority. In 2018, voters elected a number of new policymakers from both parties who ran on platforms that promoted the well-being of children — from gun control to healthcare to education.

And now, in the runup to the 2020 elections, these new policymakers will need the active and sustained backing of voters. We should build on the public concern for children and families that is surfacing more strongly and throw our support behind candidates who are putting kids first.

While it hasn’t been as widely touted as you might think, there is a slowly building wave of voters who are ready to “vote for kids” and elect policymakers who put children and families at the top of the agenda.

Growing numbers of voters have children’s well-being high on their priority list and want to hear what candidates plan to do on kids’ issues. A recent poll of Iowa voters found improving the well-being of children is the top priority — higher even than creating jobs and improving the economy, which was the top priority in a similar poll done during the 2016 presidential election cycle. The new poll found that “80% of Iowa voters believe ‘improving the health, education, and wellbeing of children’ is a high priority that presidential candidates need to address.”

According to the Center for American Progress, of the 20 new governors and 16 incumbent governors Americans elected or re-elected in 2018, “many ran on a platform of expanding child care and early education programs.” These include newly elected governors in states as diverse as Maryland, Maine, Ohio, Colorado, Michigan, and California. In Maine, for example, governor-elect Janet Mills (D) committed to establish universal preschool for all 4-year-olds. She also committed to reconvene a children’s cabinet to prioritize young children and expand home visiting and Head Start.

During Larry Hogan’s (R) re-election campaign in Maryland, he emphasized his record of strengthening child care. Months before the election, he announced that Maryland would double the amount each family could earn to qualify for child care subsidies, making child care affordable for many more families. He also increased payment rates to child care providers, offering working parents more choices. As governor, he recently signed a series of bills to “help mothers,” including allowing many more working families to receive at least a portion of the state’s child care tax credits. In California, as candidate for governor, Gavin Newsom made children the centerpiece of his campaign with a focus on early childhood education. As governor, he is now promoting a “parents agenda,” which includes historic investments in early care and education, income supports, and home visiting.

In Congress, having a pro-child agenda helped send or re-send candidates of both parties to Washington. For example, Representative Brian Fitzpatrick(R-PA), one of the leading Republicans on children’s issues, won re-election, in part, by promoting his record on children’s issues and awards from the Pennsylvania Partnerships for Children and First Focus Campaign for Children. His win and emphasis on children are especially noteworthy in a state where Democrats picked up four congressional seats in the 2018 midterm.

Right now, the growing federal deficit is placing increasing pressure on lawmakers to cut spending where they can. And many federally funded programs that help children — especially children of poor and working-class parents — are at a heightened risk because they are not protected by law or by active voting blocs. With federal funds accounting for one-third of all public investments in children (federal, state, and local), they are vital to ensure that children, no matter where they live, have the basic opportunities to succeed. Without strong advocacy and leadership from policymakers, these new threats are likely to hurt our children and turn back important progress in extending child care, preschool education, child health, and other child-friendly policies.

Heading into the 2020 elections, current and future elected officials who champion children will need active, persistent, and vocal voter support to be able to deliver on their promises. Voters and activists can start now to create the momentum and support for those policymakers committed to doing the right things for children.

Here’s how voters can raise their voices for children in the upcoming elections, support those who champion kids, and help vote out those who do not.

You can take action in the following ways:

1. Start now to ask every candidate who visits your community — from presidential to local races — what they will do to make sure all children can receive early education and care as well as the opportunities to succeed in school and in life. (Here are key questions for candidates and organizations working on candidate education);

3. If you are an activist with a group such as Conservation Voter Movement, your church or temple, or Supermajority, make sure there is an agenda that supports the well-being of children;

4. Find out about child advocacy organizations in your state and support their efforts. (Visit Partnership for America’s Children and Momsrising); and

The truth is, when politicians put kids first, we all win. It benefits the next generation of workers and leaders, and it can help more candidates get into and stay in office.